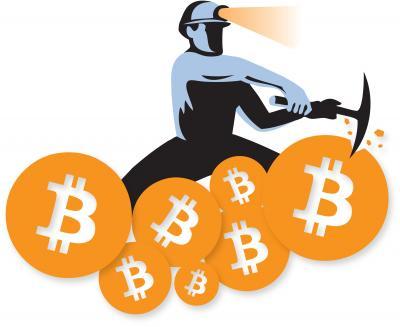 Unfortunately this one is probably going to be pretty drawn out. As many times as I’ve been asked this question, it’s never been easy to put into just a few words, but I’ll try my best. The Bitcoin network is comprised of Miners who are contributing computing power all the time, that computing power is used to do the math involved in transferring Bitcoin from one place to another. Every time you send any amount of Bitcoin to anyone else’s wallet, that transfer is made possible by the Miners.

I think it’s easier to start at the beginning. In 2009 when this all started there were very few people mining and the difficulty was incredibly low, also, bitcoin was worth nothing so there wasn’t much of it moving around. Bitcoin Mining is basically a distributed computing project, it has a great deal of hard math to do to move Bitcoin around, and to do it effectively the network breaks all that math into little chunks. By Mining, you are submitting computational power to try and solve one of the little chunks. If your Miner happens to get the chunk that is at the very end of a block and solve it before anyone else, you get “the prize” which is the Bitcoin payout. At that time the “Prize” for solving a block was 50 Bitcoin. So if your miner solved the last bit of math for the current block, you’d get 50 shiny new bitcoin in your wallet.

Your local sandwich shop has a contest. They have a 10 foot long sub and whoever finishes the last bite gets $50. It doesn’t matter who ate the first 9.9 feet of the sub, as long as you take the last bite, you get the money. Then, when that sub is done and the money is paid, they put out a new sub, and so on, for the foreseeable future.

Part of what has kept Bitcoin competitive is that as the currency gets used more and as more transfers are submitted to the network, the difficulty goes up. Also, and this is HUGE, the reward for mining is set to cut in half at specific points in time. These 2 factors have gigantic impacts on the value of the currency.

At the beginning, there were just a few hundred people Mining and with a 50 Bitcoin reward, what that meant was that even with a small, low power miner, like a laptop you would statistically get that last bite of the sandwich once every couple of weeks. So, leaving a laptop running for a month meant 100 Bitcoin, which at the time was worthless but in today’s value is $290,498.00.

As Bitcoin started to gain popularity, exchanges grew and difficulty went up. People started finding ways of contributing more computational power and increasing their chances of getting that last bite of the sandwich.

Then, on May 22nd 2010, everything changed. A developer who had been mining for a while put it out to the universe that he would pay 10,000 Bitcoin to anyone who brought him 2 large pizzas. Someone did, and just like that Bitcoin now had value. Sure 10,000 Bitcoin for 2 pizzas doesn’t sound like a lot for a useless currency, but in today’s value that’s $29,049,800.00 so I hope the pizza guy held on to that wallet.

Once this Bitcoin thing had value, Mining and network activity started to skyrocket. Difficulty went up and innovation started to take shape. People really wanted that last bite of the sandwich. They figured out that using a 64bit operating system let you squeeze more Mining power out of your processor. Then they figured out how to use the processors in video cards to get higher efficiency. Eventually the development of the ASIC processor made all other forms of Mining obsolete.

Then came the first halving. No matter how efficient your setup was, overnight it was worth half what it was the day before. Now that 50 Bitcoin reward for the last bite of the sandwich was jut 25 Bitcoin. Fortunately Bitcoin still wasn’t worth that much so people kept going.

In November of 2013 Bitcoin value spiked at around $1200 per Bitcoin. In my opinion this caused the first mad dash and got most of the larger Mining farms started.

This brings me to mining pools. Remember that sandwich that was 10 feet long back in 2009? Well now that sandwich is 10 Miles long. Industrial Mining farms are like using an excavator to take bites while you, the lonely home miner, are still using your mouth. And you’re only getting 25 Bitcoin if you’re lucky enough to get to that last bite. So what do you do to tip the odds in your favor? You unite!

A Mining Pool is a federation of Miners who contribute their computing power as 1 entity and when that entity gets to that last bite, the reward is split among the members of the pool according to how much they contributed. Unless you have access to unlimited free electricity and a few thousand miners, becoming a member of a pool is the only way to get steady, predictable gains. Otherwise you’re waiting for the odds of hitting a block which, at this point, are worse than hitting the lotto.

The 2nd Halving came in 2016 and the effects weren’t immediate. Political climate around the world and particular socioeconomic situations caused another huge spike which we are in the middle of now, causing me to create this site. The price of 1 Bitcoin as I write this is $2860.

With prices where they are and the next halving coming in 2020 I’m sure there will be plenty to write about. I will contribute to this site whenever I have any free time and plan on putting tutorials and outlines for various types of mining rigs. I have created some social media accounts so that people with questions can contact me and I’ll do my best to answer any questions that I have experience with. Best of luck to you all.